← Book Review: B is for Burglar by Sue Grafton
Book Review: 13 Reasons Why by Jay Asher →

Book Review: C is for Corpse by Sue Grafton 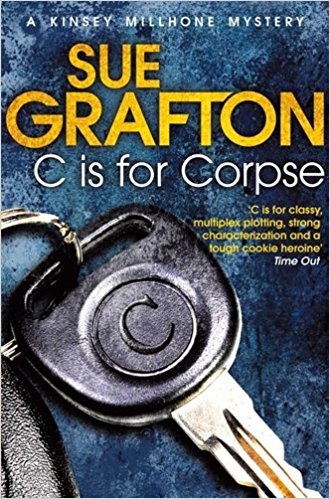 So tell me, as another book reviewer, how do you keep the interest going for reviews of similar books. Which by the way, brings me to a bigger question – how do authors keep the next ones in a series intriguing. And I am not giving credit to shitty Bollywood (a few Hollywood too) movies whose directors/ producers just for the sake of milking the success of first movie keeps on releasing next one in a series.

C is for Corpse is yet another rock-n-roll series where at the very start you know who is the victim/ client (both being the same in this case) and then along with Kinsey, you as a reader, have to explore and find out the correct sequence and motive. But you know all you hear is not true since people morph the telling suit their own personal needs. For example, a character was not so forthcoming to say he/she (hey, I am not giving any spoilers away and hence the neutral tense) was married once. But I tell you, this one is the best so far among A, B and C. So, keep your fingers crossed while reading the book so that there are no more murders in this one.

Next one on the line is, yes, you guessed it right, D is for Deadbeat. Keep watching my blog for more book reviews.

Trying to just make some sense out of things and put some sense into me!! :) :) :)
View all posts by Alka »

← Book Review: B is for Burglar by Sue Grafton
Book Review: 13 Reasons Why by Jay Asher →