Smoking and alcohol is injurious to health but will your kid understand?

How do you expose your kid(s) to smoking and alcohol?

Oops. Telling our kid(s) that something is taboo, I am sure would not work in today’s scenario. There has to be a (healthy) discussion around that. Considering yourself uncomfortable? But that’s parenthood. One has to tackle all such things, and books certainly help in putting a point across. And someone very wise once told me that he takes out his sister for drinking so that she can enjoy herself to the full. And why not? Normalising anything is very important. Be it sex, girl-boy difference or anything as such. But let me delegate all such things to future posts.

My son is too small to understand all this, but I am just writing all these points, basically whatever comes to my mind while I interact with other moms, for my own future reference. So what strategy you are going to take when your kid asks you? A total NO for smoking and alcohol? Or, a healthy discussion?

P.S. I forgot to mention in my last post that whenever my son is in the mood while feeding, there is the sweetest song he sings. Yes, singing and drinking together, which makes me forget everything and everyone else, literally and figuratively. Tell me, isn’t that a true unadulterated love? Oh, I am not the lovey-dovey mom always, but yes, most times! And here, I go, making my P.S., which is a mere note, longer than my original post. 🙊 So, bye until we meet next on some other topic!👋

So I have listening to a lot of songs these days to give myself the much needed company while being on maternity leave and just noticed that if you select few lines of many songs, it will seem like the song is being written for the baby. But then, these are the words of a mesmerized new mom. I remember few years back, I had commented something similar on a friend’s poem written for the love of his life and I compared it with the guy writing for his future daughter. Ah, I was just in a teasing mode then. Those silly times. I am definitely matured now as compared to then. Hehe.

Song for the love at first sight in hospital as the baby was born and there the baby smiled for the very first time in my arms, omg, that was definitely a truly freeze-frame moment:

Then again when the baby spreads his hands for me to hold him and then looks at me so innocently, that is a feeling which cannot be described in words. Ah but those wakeful nights night after night resulting in tiredness that goes away on seeing him, here is the song:

(Song from the movie Naam Shabana)

And here is the song for the fun part when I think of baby all the time these days:

(Song from the movie Dhoom 2)

These are just the random songs I heard today and thought of coining this post. And hey, one poem from my side too:

What do you think? Tell me your crazy moment as a new mom/ dad.

So many words to say
So many others amiss

Once they had filled diaries
Now unsent mails, often deleted

So many things to do
So many ways to start anew

Once everything clicked
Now every single time you were missed 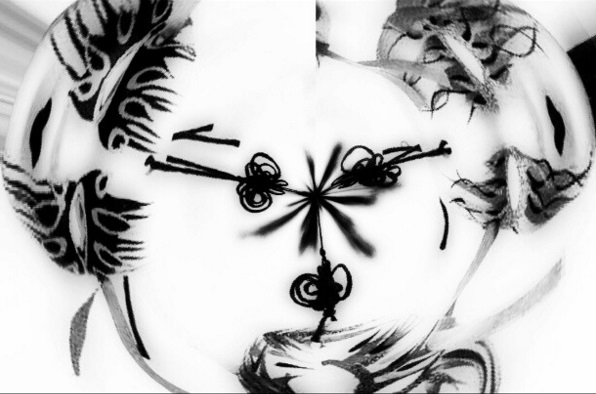 So have you been stuck in a loop
Where dreams are better than reality, you fool

Hundred and a thousand calls,
But those were never yours to dial and shove

Yes, I have been in a loop
Stuck in a time-warp waiting for you like an old boot

You haven’t done this and done that
You have missed out on my poem
So bad!

Baby, it’s my cousin
A guy at that, young at heart
You would have liked him as well, my sweetheart

He wants to know if you have a cousin
He could have dated
Fun times more, like on our wedding day

Oh so you are around your cousin
And still saying all that
Fine, give me a kiss and I will give you a crack

Cousins sharing banter
They teasing you, but me more
Oh right down to the core

How I wish of you and me
And of all the people around us!

Can we discuss things
Like we used to have a fling

Baby, I had tried my best
To give everything a rest

Never wanting to let you go
I still did all to push you, my old jo

Still, can we take a big break today
Can we have things going
Like we were used to wooing

Thank you for so many up and downs
Every time I feel happy, you make me frown

You are the chocolate I cannot have
Or so, said one of your fans
I had the chocolate
And ever since I rued my decision of getting addicted

Thank you for so many up and downs
Every time I feel happy, you bring me down

Oh really, thank you so much for all up and downs
When what I feel, matters no more!

But you will realize it too late
Oh, this one will be for good
And no one to fool
Only to shoot

Oh my God!
What has this guy got

Urbane and polished
The girl is of high class

Flirting and teasing
Bringing down the guards

Oh my God!
What has this girl got

Secretly watching
The coming back age

Oh my God!
What have they got

Distant since so long
Finally enjoying the moment they got